The observed signal was created by a binary black hole inspiral collision, the same type of event as the first two gravitational wave detections. In this third event, one black hole 31 times and the second 19 times the mass of our Sun, collided to create a massive black hole. The mass of the resultant black hole, at 49 solar masses, is between the resultant black hole masses from the first two detections, showing for the first time that black holes exist in this mass range. At a distance of 3 billion light years, it is the farthest event yet observed, located at more than twice the distance from the Earth as the others. This detection allowed the scientists to learn more about the astrophysics of black holes and further test the theory of general relativity. An interesting feature in the new data is related to information on the spin of the black holes. The spin of at least one of the black holes is likely not aligned with the overall orbital motion of the binary system, hinting that they could have been formed in a dense stellar cluster. Meanwhile scientists from the University of California, Irvine, used the LIGO data to suggest that many more black holes exist than was previously expected. 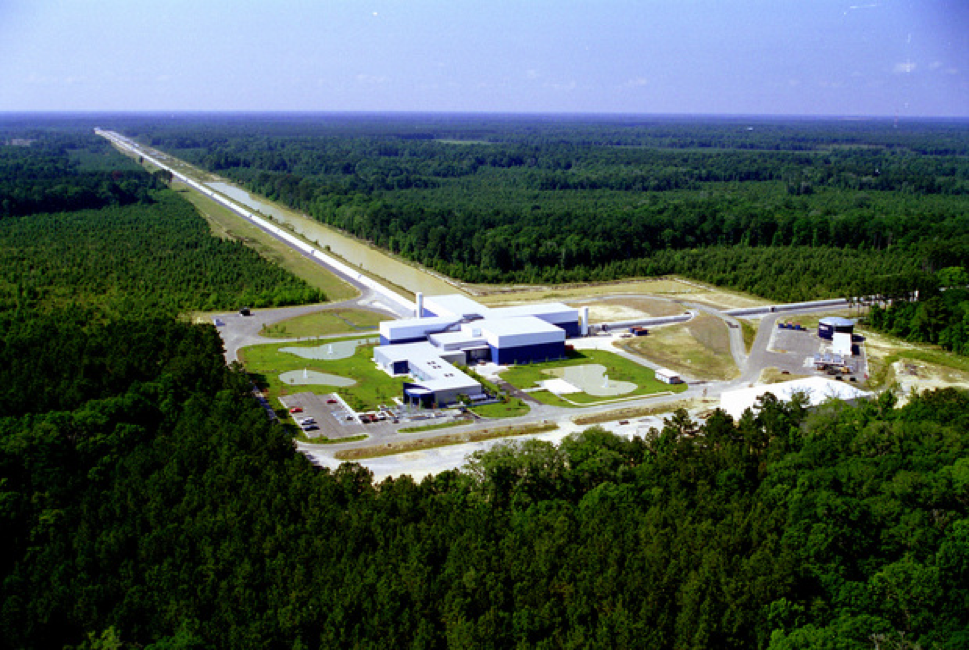 This third detection was made during the latest observation run which began on the 30thNovember 2016 and ended, very recently, on the 25th August 2017. On 1st August 2017, after tremendous efforts by the team of scientists and engineers, the Virgo gravitational wave detector joined the observation run. With the inclusion of this interferometer, it is anticipated that future gravitational wave signals will be observed on all three detectors, which will greatly help with event localisation. Indeed, there have been promising candidate signals observed by both the LIGO and Virgo interferometers in the initial analysis and as the observing run has come to a close, it is now time for the data to be thoroughly analysed to ensure any candidate signals are valid gravitational wave events. If they prove valid then it could be a very interesting and exciting time.
Along with news from the ground based gravitational wave community it has also been a busy time for space based activities. The hugely successful LISA Pathfinder mission has completed its work and was “passivated” on the 18th July.  LISA Pathfinder, the precision measurement heart of which was built at the University of Glasgow, measured the quality of free-fall of two gold-platinum masses – with far greater accuracy than was initially expected. The stillness of the test mass motion was monitored at the femtometre level on timescales of milliHertz. This technology, when applied on long baselines, will form the basis of a spaceborne gravitational wave detector, opening up the low frequency gravitational wave spectrum where sources such as supermassive black hole collisions will be seen. The LISA Pathfinder success was crucial for the selection in June of a spaceborne gravitational wave detector mission, LISA, by the European Space Agency .Teams at the University of Glasgow and the UK Astronomy Technology Centre are now working on development of the metrology for LISA, funded by the UK Space Agency and the European Space Agency. 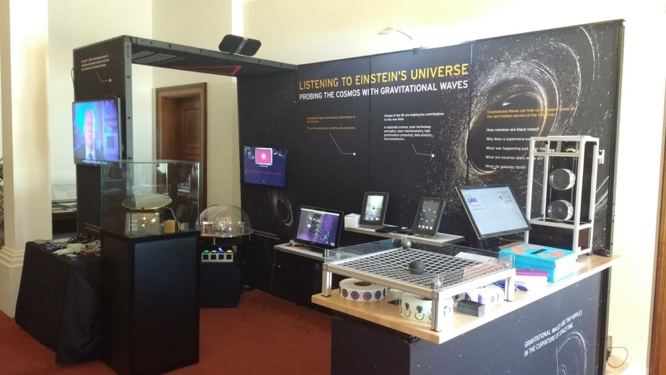 With all of the exciting activity going on in the gravitational wave field, it was a great time to showcase the research and technologies involved at the Royal Society Summer Science Exhibition in July 2017, a week-long festival that celebrates the cutting edge of UK science. The SUPA universities of Glasgow and the West of Scotland, along with several other UK and German institutions, came together to create an exhibit on gravitational waves called 'Listening to Einstein's Universe'. This exhibit gave the public an opportunity to talk directly to scientists involved in the field about the science and technology involved. There were many interactive elements to the exhibit including a demonstration rubber universe, mirror pendulum, interferometer, black hole apps and games and question sticker sheets. A website was set up, www.Listen2theUniverse.org, where further information and pictures can be found. The aim is to keep this website running as a method of promoting future gravitational wave outreach activities in the UK. This annual event proved popular again this year with over 14,000 visitors across a wide range of age and background. Among the people who came to learn about gravitational waves were members of the general public, school groups, politicians, science broadcasters, journalists, Fellows of the Royal Society and even members of the royal family.