SUSSP 75 - Nuclear Physics and its Applications 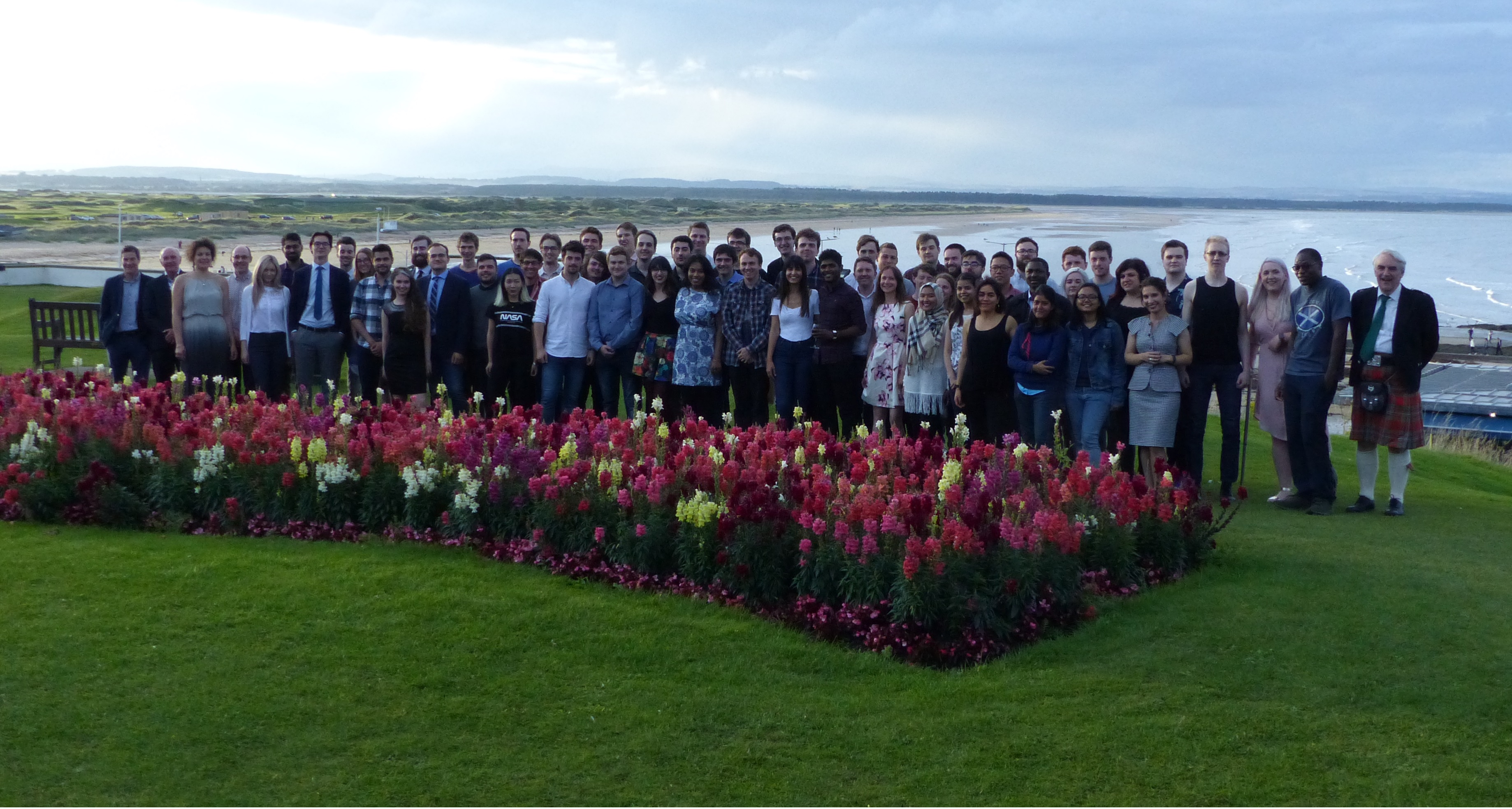 The joint 75th SUSSP and 20th STFC Summer School in Nuclear Physics and its Applications was held at St Andrews University, 5th-17th of August, organised by Daria Sokhan (Glasgow) and Alessandro Pastore (York). It followed the International Nuclear Physics Conference which ran in Glasgow and we are delighted to report that it was a great success, with the largest number of attendees to date: 59 students, out of which 46 were from the nine UK nuclear physics groups (33 of them STFC-funded) and 13 came from institutions outside of the UK: Armenia, Germany, India, Italy, Poland/Russia, Slovenia, South Africa and Switzerland.

The residential school consisted of nine intense days of lectures, hands-on tutorials, student talks (every student gave a short presentation on their research) and extended discussion sessions with the lecturers, which were very lively and appreciated by the students. The topics covered the full range of the main nuclear physics research and were delivered by experts at the forefront of their field, from the UK, France, Germany, Italy, USA, Canada and Japan (although this lecturer moved to Spain just before the school!). A new element of the school, which we introduced this year, was hands-on tutorials, rather than traditional exercise sessions. A team of four excellent tutors from Edinburgh, Liverpool and York developed and supervised a set of three software projects: one focussed on theoretical calculations (Pierre Becker), one on detector simulations (Nick Zachariou) and an extended one on data analysis (James Smallcombe and Ruchi Garg). The students did all of the projects on rotation, thus being introduced to aspects of research which they might not otherwise engage in. The feedback was overwhelmingly positive — and we’re very grateful to our tutors for their excellent efforts!

Many thanks also to Christian Diget (York) for running the outreach session, part of which involved a competition for the best description of their project using the “TenHundred” words concept. Well done to Patrick Macgregor (Manchester) for winning the first prize!

The Institute of Physics provided prize funds for the three best student talks of the summer school. The overall standard of student talks was extremely high and first prize went to Ruth Newton (York), second prize to Sarah Fisher (Manchester) and third prize to Matthew Brunet (Surrey). Congratulations to all three!

A career panel convened on one of the evenings provided insight into careers in the Nuclear Data Network, medical physics in the NHS, physics roles in the defence industry and careers in the quantitive sector of banking — as well as academia, and the (two-way) transition between industry and academic roles.

A few hours of free time in the afternoon allowed the students some daylight relaxation to take advantage of St Andrews and there was a day “off” after every three days “on”. One of these two days was left entirely free, with some students going to Edinburgh for the Fringe Festival. During the other day, an excursion was organised to Stirling (with entry to its castle), which coupled with the excellent weather made for a wonderful day. The school finished with a send-off dinner (followed by a disco, DJ’d by the school attendees!).

The School was funded primarily by STFC (including covering all costs of the STFC-funded students). Generous support from SUSSP and SUPA allowed the organisers to waive the fees of the five attendees from outside of Europe and almost entirely subsidise two from European institutions, which enabled them to attend. Funding from the SUPA PEER initiative allowed the participation of five lecturers from the EU. The organisers also gratefully acknowledge Mirion Technologies, who subsidised the welcome reception (held in the historic Lower College Hall) and provided materials for the welcome packs and Kromek, who supplied USB sticks for all attendees.

Words and image from Daria Sokhan (University of Glasgow)