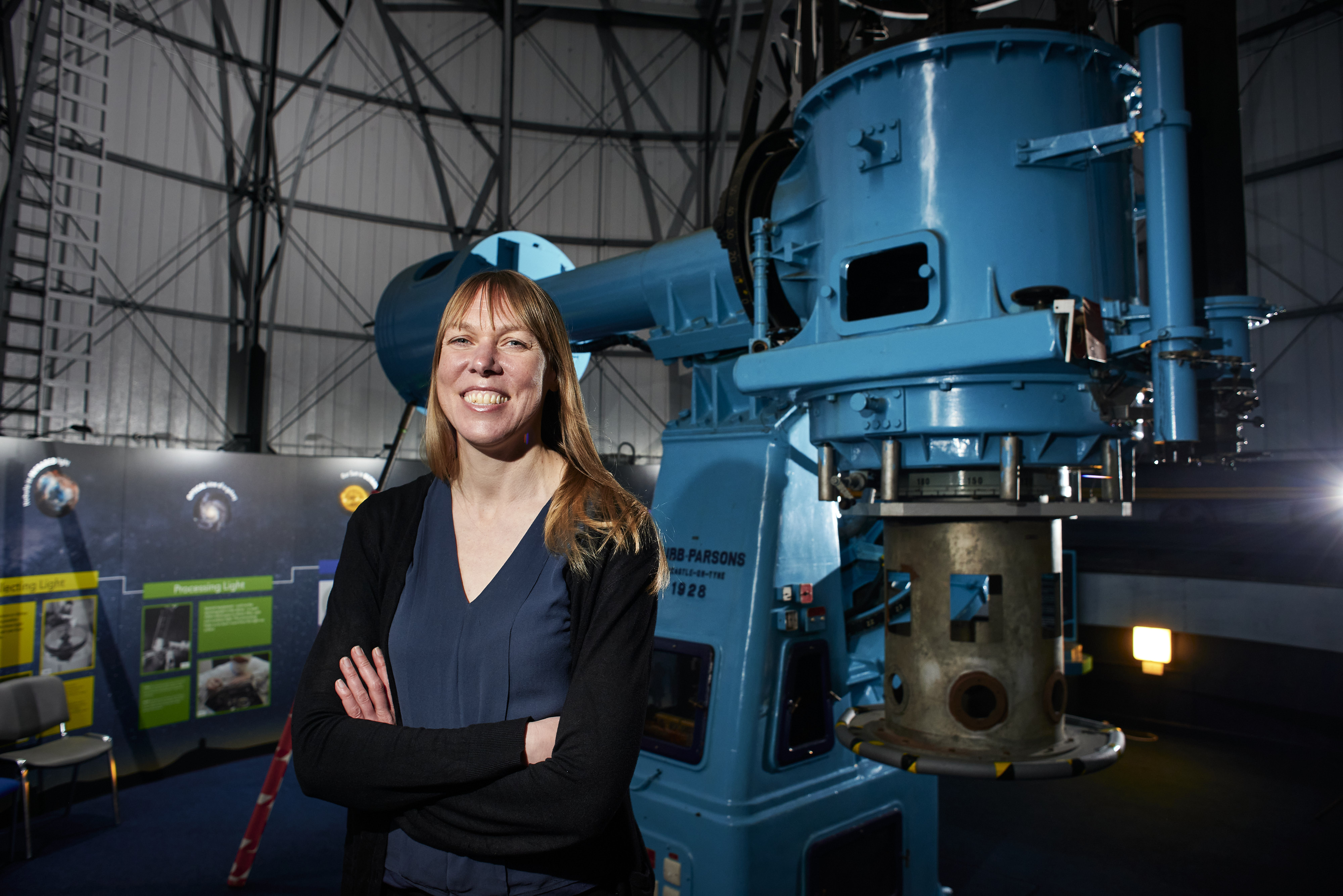 Professor Catherine Heymans, a world-leading expert on the physics of the so-called dark universe, has been awarded the prestigious title of Astronomer Royal for Scotland, a title which dates back almost 200 years. Created in 1834, the position of Astronomer Royal for Scotland was originally held by the director of the Royal Observatory, Edinburgh. Since 1995, however, it has been awarded as an honorary title. The previous holder, Professor John C Brown, passed away in 2019.

Prof Heymans was recommended to the Queen for the role by an international panel, convened by the Royal Society of Edinburgh. She is Professor of Astrophysics in the School of Physics & Astronomy at the University of Edinburgh and Director of the German Centre for Cosmological Lensing at Ruhr-University Bochum. Her research seeks to shed light on the mysteries of dark energy and dark matter – elusive entities that together account for more than 95 per cent of the Universe.

Once that spark and connection with the Universe is made,

children will carry that excitement home with them and develop a life-long passion for astronomy.

As the eleventh Astronomer Royal for Scotland, Prof Heymans’ main focus will be on sharing her passion for astronomy with Scots from all walks of life. One of her first targets is to install telescopes at all of Scotland’s remote outdoor learning centres, which are visited by most of the country’s school pupils.

Prof Heymans, said: “I don’t think anyone forgets the first time they saw the rings of Saturn through a telescope, but too many people never have the chance. As Astronomer Royal for Scotland, I want to change that. My hope is that once that spark and connection with the Universe is made, children will carry that excitement home with them and develop a life-long passion for astronomy or, even better, science as a whole.

“I am absolutely delighted to be named Astronomer Royal for Scotland and, as an advocate for equality and diversity, it is also a great honour to be the first woman appointed to the role. I will enthusiastically use this high-profile platform to advance amateur and professional astronomy within Scotland, and to promote Scotland internationally as a world-leading centre for science.”

Professor Lord Martin Rees, the current UK Astronomer Royal, said: “It's excellent news that Professor Heymans has been appointed Astronomer Royal for Scotland. She is a distinguished successor to her predecessors in this role and I wish her a long and successful tenure.”

Professor Dame Jocelyn Bell Burnell, President (interim) of the Royal Society of Edinburgh, said: “The Astronomer Royal for Scotland has always been a distinguished and respected astronomer, and Professor Heymans is exactly that. She will also always be distinguished as the first female to hold the position.”