10 years of the Higgs Boson - and more data on the way! 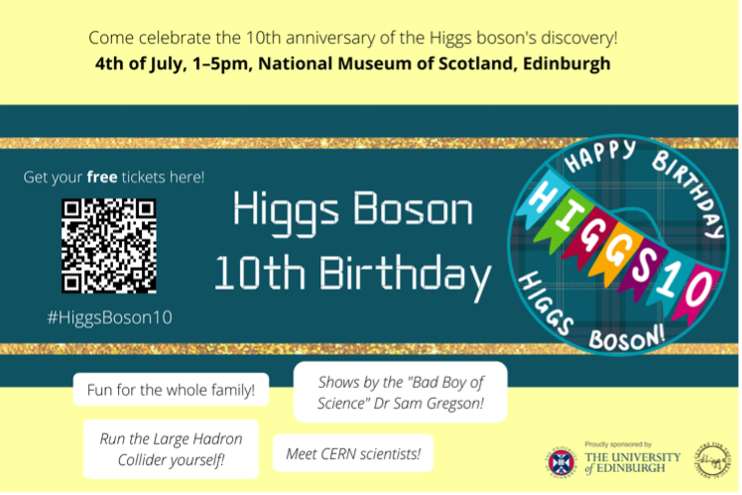 The fourth of July 2022 saw the 10th anniversary of the discovery of the Higgs Boson at the Large Hadron Collider (LHC) at CERN. Both Edinburgh and Glasgow are members of the ATLAS Experiment collaboration - one of the two experiments that made the discovery - and of the LHCb Experiment collaboration that investigates on other of particle physics phenomena, including the quantifying the asymmetry  between matter and anti-matter.

On the 5th of July 2022, the LHC started its third experimental run with a higher collision energy and with more-intense protons collisions. LHCb and ATLAS PhD students and researchers will analyse the collisions with the aim of making precision measurements of the Higgs boson, matter-anti-matter asymmetries, discovering new tetra- and penta-quark states and searching for evidence of as-yet-unknown ("new") physics including the origin of dark matter.