The SUPA Public Engagement Forum aims to bring together those with a passion and interest for public engagement across SUPA and beyond. Exploring current activities and illustrating what can be achieved together with external partners with whom we work to promote public understanding of science.

The event will open with a Welcome from Prof Julie Fitzpatrick, Chief Scientific Advisor for Scotland.

SUPA would like to extend a very warm welcome to all our new students for the 2021/22 academic year!

We have lots of information available for you on our New Students page, which introduces you to what SUPA is, what you can expect from us, and what we need from you, to make your time with us a great experience!

Professor Catherine Heymans, a world-leading expert on the physics of the so-called dark universe, has been awarded the prestigious title of Astronomer Royal for Scotland, a title which dates back almost 200 years. Created in 1834, the position of Astronomer Royal for Scotland was originally held by the director of the Royal Observatory, Edinburgh. Since 1995, however, it has been awarded as an honorary title. The previous holder, Professor John C Brown, passed away in 2019.

This year's Annual Gathering will once again take place virtually:

February 2021 became Finding Your Future month at SUPA, offering PhD students and Early Career Researchers the opportunity to explore a variety of professions and discuss these with representatives from industry and academia.

The 2021 event "Finding Your Future" opened with CV clinics for SUPA students and researchers during the first two weeks of February with support from careers advisers and experts from our universities and the Institute of Physics.

There is no single entity that can solve the complex and interconnected problems we face as a society.

As we start the 2020/21 academic year under challenging circumstances, SUPA finds itself well placed for online learning, with our experience and knowledge of video classrooms already well developed. Having moved our Annual Gathering online back in May, we now find ourselves supporting lecturers providing our courses on different platforms, in different modes to previously. Many of our courses will continue to run as in previous years, with live lectures broadcast through our video conferencing tool, VScene. Others will be switching to using pre-recorded materials. 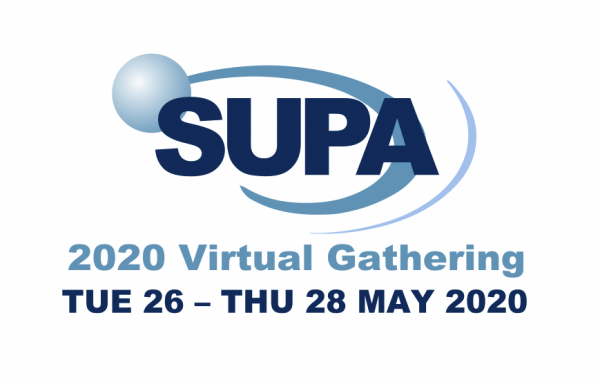 We invite all members of SUPA – student, professor and everyone in between – to showcase a highlight from the last year for the SUPA community online. Your highlight could be about your research project, a scientific or technical breakthrough, a report on a recent paper you’ve published, a collaborative initiative between SUPA or other partners, a creative interdisciplinary project, an industry placement, an outreach or public engagement activity, or a research visit.